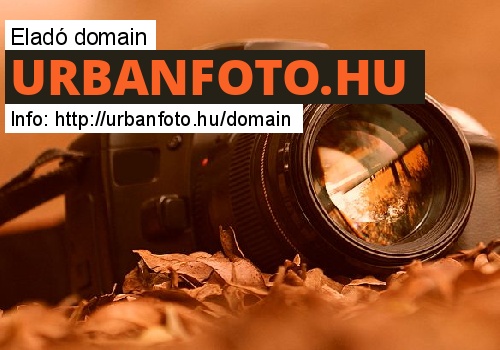 I was born in Budapest in the year 1976. I finished my high-school studies in the Dozsa Gyorgy High-School, where I graduated in the year 1995 and where I have organized my first exhibition having the main theme “Cheating during class hours”. As I was interested in photography from my high-school years, this was the time when I started to get involved more seriously in this form of art.

I experienced a closer view to this art genre when attending Zaray Peter’s photo studio as his assistant. After graduation and with the professional experience obtained among working in the photo studio, I occupied a position at Fitness Magazin, where I made object photos beside portraits and reports.

In the year 1995, among with my musician and journalist friend, we founded the FreeeMagazin, which at that time, fulfilled a so-called mission on the domestic entertainment industry, because the techno culture started its development at that point in Hungary. I was responsible with front-page (cover) photos, fashion-related materials, as well as reports from domestic and international techno-parties.

Through the magazine I got in touch with several record labels, fashion companies, advertising agencies, thanks to them I made photos for different artists’ and rock bands’ cd covers, press reviews, I even took part in the production process of fashion magazines and advertising materials. During this time I produced the fashion photos with which I took part on the 1996 Press Photo Expo and in the “Ev fotoi 1995” book.

Starting with the year 1998 I worked with several advertising agencies as contracted photographer, having contracts with Republic of Art, Love GGK, Leo Burnett, Akció-NXS, Post Edison, Roxer, Absurd , Café, StudioSimple. Since 2000 I use digital photography as well. Since then I only use exclusively analog technology. As I always have invested upon the importance of the best quality possible of my photos for my customer’s disposition, I lay emphasis on my post-works, too. This means the full knowledge of Photoshop, too. I endeavor for theme diversities. My fashion photos were published by the “Eskuvo”, the Maxx, the FHM, the Joy, the Paprika, but each year I am offered a great variety of opportunities for the implementation of my conceptions concerning fashion photos by catalogues and advertising photos like Heavy Tools, Missio, Paris Boutique and Griff Gentleman’s.

Significant opportunities are offered by various model agencies to test my new brain-waves, solutions and photo-techniques. My portrait-photos have been published by Playboy, Magyar Narancs, Wanted, Story, Konyvjelzo, Hungaricum. In 2001 I was the founder-member of the Meridian Creative Association, which assembles musicians, graphic artists and visual artists. Its aim is the participation of national artists in works abroad. In 2005 I was awarded the most creative prize of work of art at the RTL Klub campaign for the “Gumicsirke”, “Aranycsirke” complex imaged film photos and I was awarded the Arany Penge and Arany Borotva prizes for professional advertising appreciation at the Arany Penge Kreativ Festival.

What I am proud of especially is the photo series of the annoying citizens in 2002 about Gyorgy Faludy and his young wife, Fanny Faludy. For these photographs I was awarded prizes in the cathegories of social portraits at the Press-Photo application in 2002. These series, which the poet has written verses to, appeared in a book form, too. During the last few years I have been interested in applied photography, portrait and documentary social-descriptive photography. I am continuously working on elaborating more subjects.